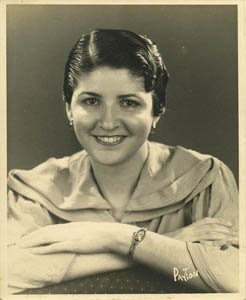 Did Ana ever tell you the baseball bat story?

I was 4 & we were still Metairie. Mother said" If a man would ever raise his hand to you, you say nothing. You wait until he is asleep & you take a baseball bat & break both of his knee legs. It must be a strong first hit. You can do itl Then you pack your bags like a lady & leave.

Margaret Mary said no, Ana had never given her any baseball bat instructions, but that by osmosis, her son Millard had always kept a baseball bat at the side of his bed. 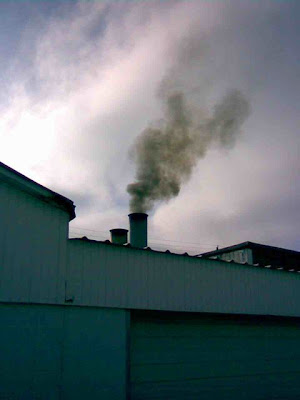 Ana was cremated the day after Christmas it a tiny crematorium in Bham.. Just the owner & his partner & they guy who picked Ana up Christmas Eve ... nothing & no one creepy around. We said goodbye to an un treated body with sunken eyes alone, watched her be rolled into the oven & then outside to have her meet the sky. 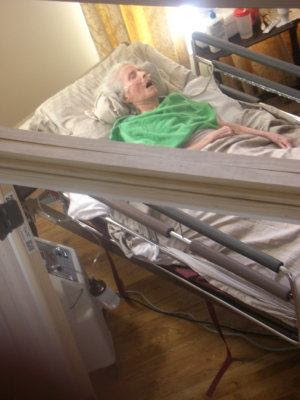 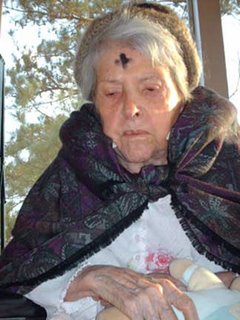 A year has passed since our last entry & Ana is now in Birmingham, AL. The only word she says cleary now is "NO". She calls my name occasionally & that of her neice Carmen Joy, who is with her. She knows who we are.

Sunday Joni came to sing to Ana & Ana was with the covers up to her nose when we arrived. I asked her if she was afriad.
15 minutes later a littel voice asked"What is fear?"

Ana "my grandfather was lost by his way..." 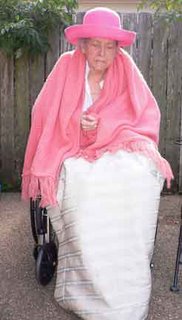 J-I heard you had a date while I was gone with Dr. Fatter.
Ana-Who told you?